The Miniature Lodge I've Been Working On 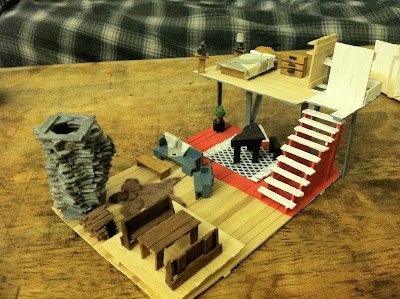 A few months ago I purchased some coffee stirrers that were too weak to actually stir coffee. But they looked like miniature 2x4s, so I decided to glue some together to make a small floor, much like this:

Once I made a big floor, I painted half of it red and realized I should make some red stairs to go with it (just in case it became a house). I also built some furniture with the coffee stirrers, including a couch, coffee table, and grand piano: 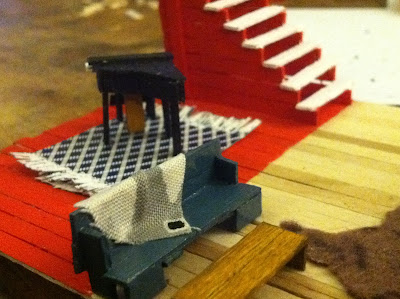 Here's a better angle of the grand piano (it's hard to see the pedals but they're there): 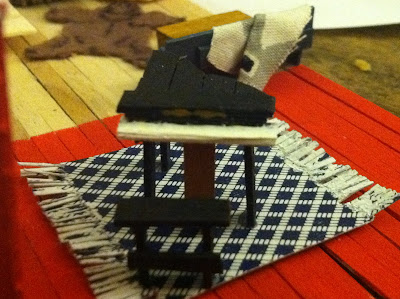 I used a playing card to make a rug for it. First I fringed the edges and then I painted the edges with white-out.

I printed out a bear skin rug but it looked stupid, so I used that as a model to make another one out of felt. I also made a chimney by stacking one million bits of stirrers. I then took a miniature ax to split a few of them to make a stack of firewood next to it. At this point the lodge looked like this: 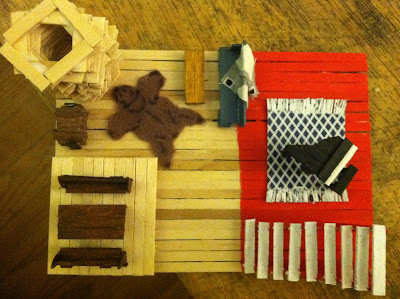 Complete with dining room platform (and enough Deacon's benches to poke your eye out): 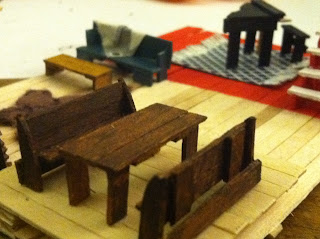 At that point I realized the stairs led up to nothing, so I rigged a little loft above the piano area. I also carved a potted plant out of a piece of crayon and painted it. That was tough. 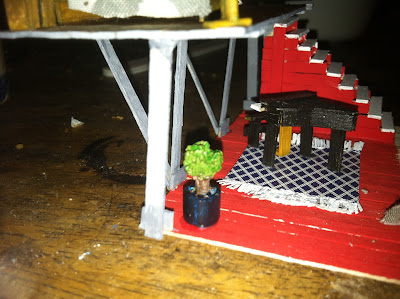 I built a bed for the loft and then filled in the bedroom with more furniture (dresser, nightstand, tv and stand): 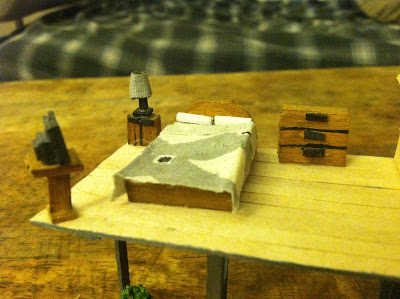 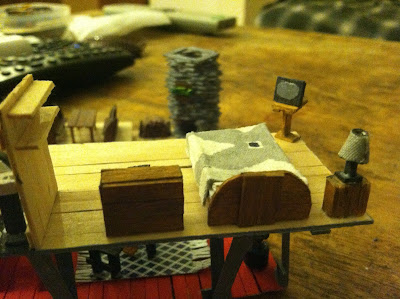 The pillows are toothpicks I cut and painted white. The bedspread is cut from the same fat quarter I used to make the throw for the couch (so's the lampshade). 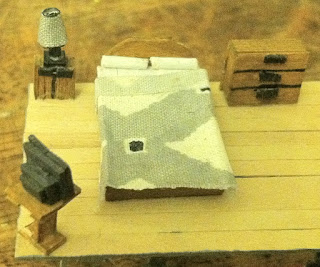 It was at this point I realized that I couldn't build a house without a bathroom in good conscience. So I built two walls to close off the bedroom and to make room for a bathroom. 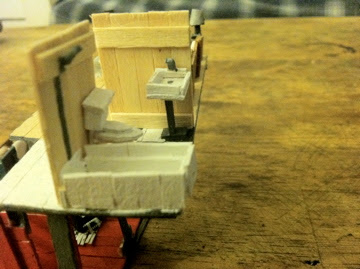 I also made one of those little rug-around-your-toilet rugs out of felt: 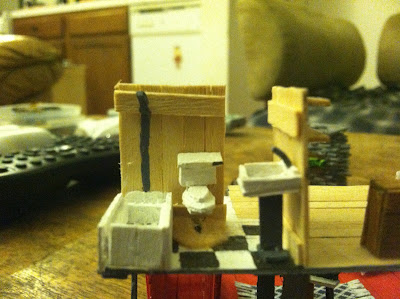 At that point the lodge looked like this (I added a loveseat): 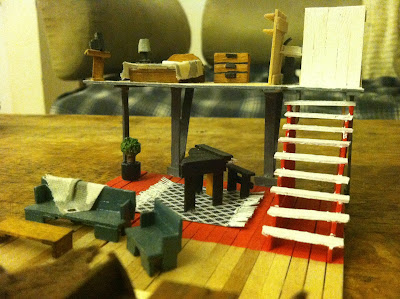 So I painted the chimney and mounted a trophy trout to it. I don't know what a trout looks like: 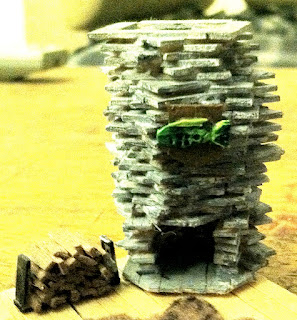 Here's another view that isn't completely color-warped to show the stupid fish (but it's farther away): 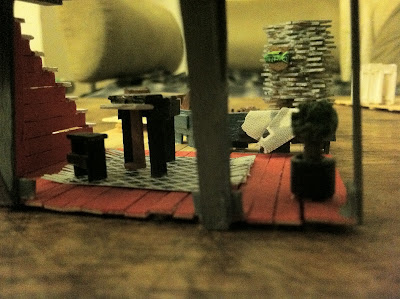 I forgot to mention that I used nail polish to paint the couch and loveseat so they'd look more like shiny leather. 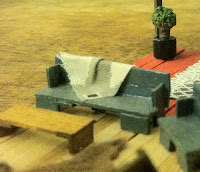 I think I'm finished adding things to the lodge because the last thing I want to do is clutter it. Granted, it still needs a kitchen. I tried to plan a way to stick one underneath the stairs, but give me a break. They can do cookouts or something. It's a lodge. 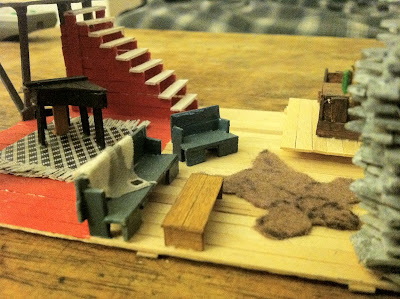 I assume the lodge should eventually be transplanted to a park so it can be closer to the trees and lakes. Which I would make out of twigs and puddles if it were up to me. But it's not. It's up to Nature now. 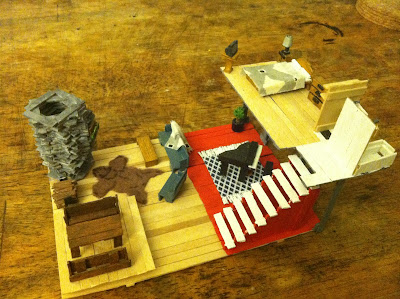 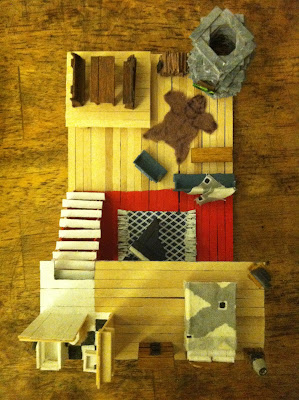 crafted lovingly by Becklectic at 11:43 AM No comments: