"How I Spent My Weekend" by Becky

I watched five episodes of Summer Heights High in a row. I added a few more items to my birthday wishlist (soon to come!). I watched the Emmys. I went to Shruti's new roof. I stole the tv!

As promised, here's your practical guide to enjoying the SEVERAL levels of comedy bound up with America's Funniest Home Videos:

Lesson 1: It's Funny To See Something Funny
The first step is easy - just enjoy seeing something funny that miraculously got caught on tape. Watch a 5 year old swing a baseball bat into his father's crotch. Laugh at the jerk-cat who tried to lunge at a toddler but ended up falling all the way off the counter, taking the toaster with him. What gets tricky about this step is that, naturally, some of these videos are completely unfunny, or worse yet - staged. Hopefully the rest of this guide will make watching those videos better.

a. If Your Host Is Bob Saget
I don't want to have to get into a huge explanation of the multiple levels of potential enjoyment in Full House (yeah right I don't), so suffice it to say that of all the comedians in the world, Bob Saget is at least solidly entertaining. Maybe you think he's too dorky, maybe you think he's too dirty. All I know is, if you're watching AFV and Bob is there, he's probably only doing narration for the videos that sincerely need it. And it's usually funny enough. In conclusion, the key to enjoying Bob's narration is to get over yourself buddy.

b. If Your Host Is Tom Bergeron
Oh, Tom Bergeron. How did Hollywood Squares ever let you go? How can I get them to take you back? What I'm saying is that generally, only very stupid things come out of Tom Bergeron's mouth. So shit-eating, so vaguely rude. I don't know what he told the devil he'd give him in return, but for the next few years at least, he's going to be on AFV.

Note: On the AFV wikipedia page, it's explained that:
"Unlike Saget, who provided voiceovers to the clips, Bergeron humorously narrates them (although he has provided voiceovers at some point during his first season)." That must be it! And by "it" I of course mean the difference between comedy and retardation.

So basically all you have to do is ruthlessly mock Tom Bergeron any time he gets in the way.

Lesson 3: Violence, Violence, Violence
I would say that around 40% of the videos on AFV are insanely violent - more violent than anyone could call "funny." A dad falling 20 feet off a ladder because some dog knocked it over, a pre-teen flipping an ATV all the way off a cliff. Well I guess it's funny that "ATV" sounds like AFV. The trick to enjoying this aspect of the show is to take one of those giant steps back, where you're like "they put WHAT on a family candid camera show??!!" Then it's really easy to find funny. As in, "lol I'm pretty sure that kid couldn't have died or else they wouldn't have shown it, but sheesh, that's really inappropriate!" Then the friends that you're watching it with will agree with you, and agreement is a nice feeling, if not specifically funny.

Addendum
Laughing off inappropriate violence isn't the only way to enjoy AFV's Violent 40. There's an even easier option, and I like to call it the Schadenfreude Solution: It's much more enjoyable to watch someone get hurt if you're already pretty sure that the kid deserves it. For instance, say you're watching a skateboarding clip. You know from the start that it's going to end very, very badly. So why not take the time to notice that this kid has no shirt on? That way, when you see him split his groin on a banister, you can be like "that punk deserved it!" Ta da!

Lesson 4: Youtube Is Basically AFV
When you sit down to watch an hour (or a 3-hour comedy block) of AFV, you're doing about 1/10 of the work that some other viral-video watcher would be doing for that same hour of hilarity. Sure, you might not stock up on water cooler chatter, but you also might get stuck watching your friends' "hilarious" 20-minute videos a little less. Why do all that work and go through all that pain? Somebody's already set AFV up for you! Take them up on it!

Lesson 5: DVR Your AFV
This is imperative. If you don't give yourself a proper fast-forward allowance, you're going to get stuck watching 20+ min of Tom Bergeron barfing all over the audience. YOU ARE NOT THE REASON WE CAME TONIGHT, TOM, BELIEVE IT OR NOT.

Lesson 6: Watch With Friends
This isn't absolutely necessary, but it does make for a more enjoyable hour on those few times when you (a) haven't dvr'd the show in advance, (b) aren't yet okay with the violent 40% yet, or (c) aren't fully acquainted with these steps. That's probably just a life lesson, though:

Bring a friend (or a book).

In conclusion, I hope I've made it a little easier for you to watch AFV. Look, it's on tv basically any time there's nothing else on, and my life's work has been finding ways to be able to watch 24 straight hours of television a day without wanting to kill myself. Be on the lookout for my upcoming "Full House: A Watcher's Guide." Not that anyone needs an explanation for that full-occupancy gold.
crafted lovingly by Becklectic at 6:45 PM No comments: 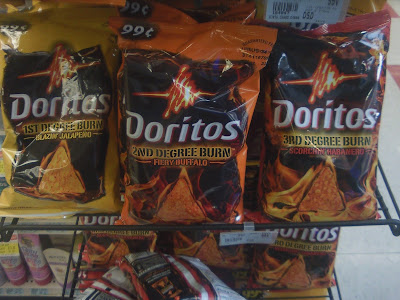 To Be Fair, This Sign Usually Has A Typo Or Two 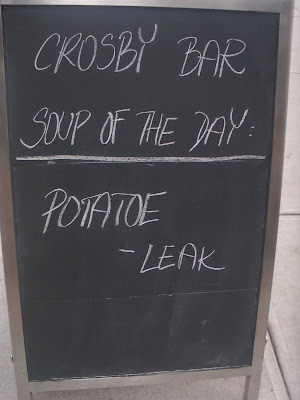 crafted lovingly by Becklectic at 8:49 PM No comments: