A Phone Call For Keith Urban 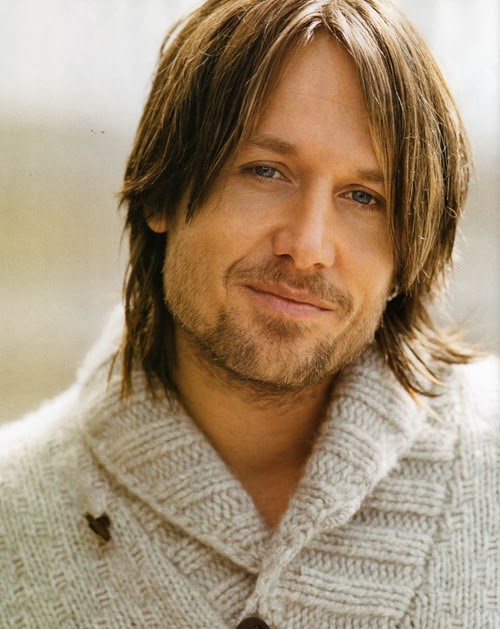 A Phone Call For Keith Urban

Keith Urban and Nicole Kidman entered their country-chic cottage in the Hollywood Hills, trailing laughter and late-afternoon sunlight behind them as they walked through the door.

"I think I'll make that salad we were talking about," said Nicole in a thick Australian accent as she made for the kitchen. "Y'know, the one with the walnuts?"

"Mmhm, sounds good," said Keith, throwing his keys in the candy dish and looking through the mail that had collected underneath their front door slot. Mostly just cardboard-covered dvd screeners for the upcoming award season.

Just then the phone rang, making Keith jump. He wasn't usually so tightly wound, but a mysterious blue envelope had winked at him from the bottom of the stack, and he hadn't seen an envelope that exact shade of Prussian Blue since his wedding day. The blood in his veins turned to ice. Prussian Blue ice.

The phone rang again, prompting Nicole's femininely nasal voice to call, "Keithy Babe! Could you get that? I just started massaging the kale!"

Keith picked up the cordless from its cradle and looked at the caller ID, though he already knew it would say "unlisted." He waited for one more ring before picking up.

"Hgh-(ahem)-hello?" His throat was dry, which wasn't usually the case after a smoothie date with Nicole.

"Keith." A cold, detached voice dropped just one word at the other end of the line. Keith couldn't even hear breathing in the silence.

"Mr. Cruise. I knew you'd call...I just d-didn't know when." Keith's voice broke like a young boy with a frail, sparse proto-mustache instead of his 5 o'clock shadow.

Keith knew what was in the envelope, but dear God, he would give anything not to look inside. His fingers pulled at his goatee for a moment while his other hand flipped the envelope over. The goatee was rough like straw, but it smelled fresh and expensive. Nicole's stylist had given her a bottle of jojoba-thyme beard conditioner to take home to him as a Christmas gift, along with a full basket of beauty essentials for Nicole.

"Who was that, babe? You look like a dingo just ate your baby!" joked Nicole from the kitchen entryway.

"Just, uh...my sister. She h-had the baby." Keith winced and berated himself silently for coming up with such a bad lie. He didn't even have a sister, nevermind a pregnant one!

"What's that, babe?" called Nicole from the next room.

"My cousin, I mean! She had a baby kale salad for lunch! She called to tell me know. I mean to let me know."

"Oh, good for her. Glad to hear she's eating more greens," smiled Nicole from the other side of the wall. The poor thing had no idea what was coming.

Keith drew a breath and opened the Prussian Blue envelope. Inside was a folded piece of parchment, sealed shut with stamped wax that read "TC." He worked his jojoba-thyme-scented fingers behind the wax and popped the letter open. The top of the document read "contract" in legal script, which meant one thing. His eight years were up. Tom Cruise's contract called for the grotesque and untimely murder of one miss Nicole Kidman, and Keith Urban had to make it happen.