Why I Abruptly Stopped Recapping The Walking Dead

Friends, I broke a finger. Additionally, I've been doing more comedy lately! But most importantly, I realized that it's much, much more enjoyable to watch Walking Dead without constantly jotting down "what?" and "this makes no sense where did he who is that WHAT WHY THO why." 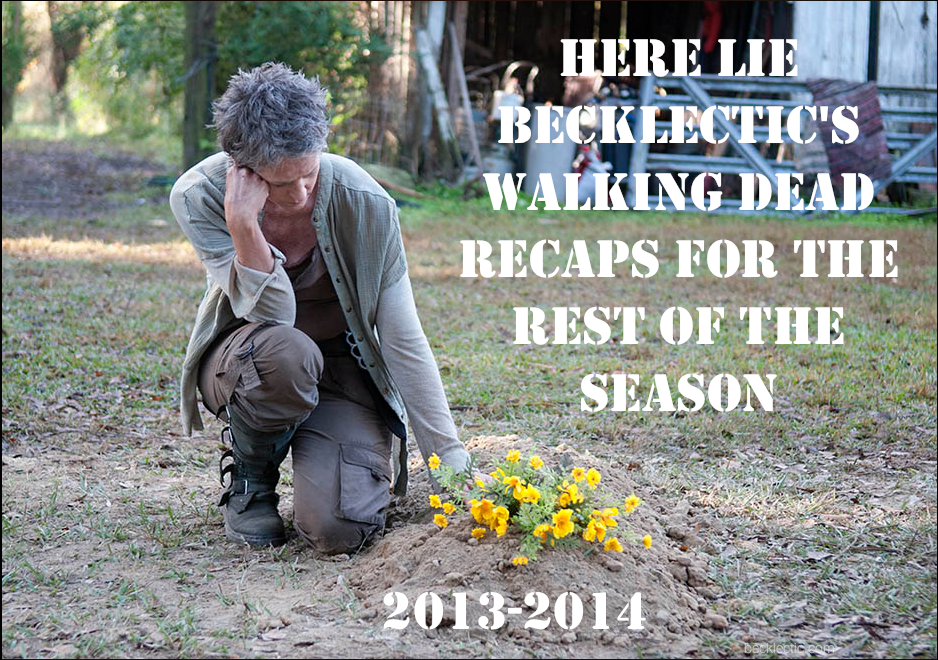 I wanted to give my Walking Dead recaps a proper send-off because I've genuinely appreciated most of this past half-season. I'm not stopping writing because I've stopped watching. Although the single-storyline episodes get a little stale (Daryl and Beth in a country club zzzzzzzzzzzzzzzz), I have really liked the deeper focus on characters that splitting them up has provided. I LOVED seeing some of Michonne's backstory through her nightmare, and I love getting to know her softer maternal side. I think Rick's home invasion plotline was more gripping than anything else the show has done in the past year. It was also pretty chill to have those little freakus girls die. I mean, I could've kept the blond one (she's like a third of the way to Tina Belcher-levels of misplaced confidence despite confusion about the ways of the world), but in the end I'm fine with axing both of them.

I hate children, by the way. JUST KIDDIN! I BECAME AN AUNT A WEEK AND A HALF AGO SO I'M ALLOWED TO MAKE HILARIOUS CHILD-HATING JOKES WITH AN EDGE!!! Seriously though why would they ever change casting for Baby Judith? Big mistake, dumbos. 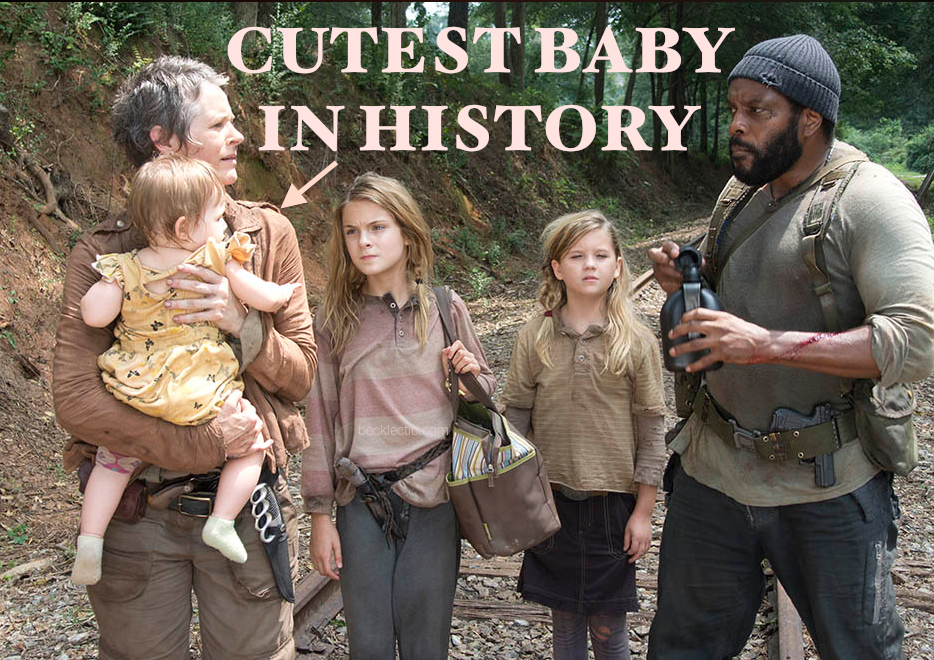 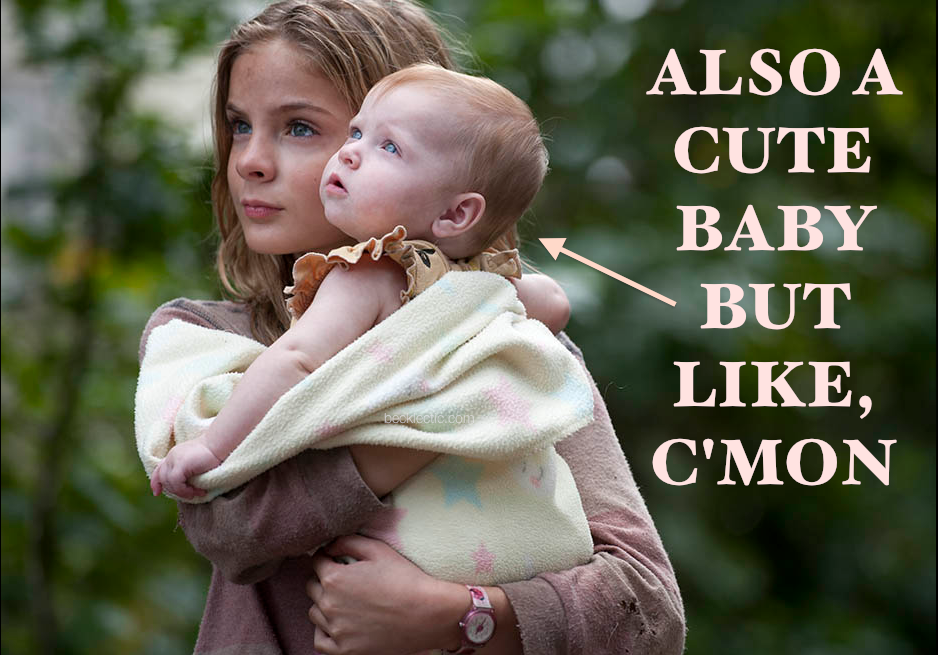 I like Glenn's army guys so far, but I can't stand Daryl's new fuck-you crew of human butt plugs. It must be a further application of my it's-better-to-watch-people-who-are-GOOD-at-the-Zombiepocalypse theory: I'd rather meet new characters who are helpful and friendly with the potential for moral compromise than 1-dimensional jerk-offs who live to KILL n PLUNDER n RAPE n CLAIM SHIT n NEVER EXPERIENCE MEANINGFUL CHANGE n ALWAYS HAVE VERY PREDICTABLE REACTIONS TO THINGS. Looking at you, The Governor.

I still haven't gotten to finish this week's episode (one of the reasons I stopped recapping - it takes days now and I have to watch in chunks), so I can't say for sure that Daryl's new buddies aren't going to fully surprise me and turn out to be a band of fun-loving Hot Cops in disguise. And maybe that army scientist will do something cool before I write him off as Milton 2.0. But, even without finishing the hour, I feel confident in every single thing I've ever asserted in my entire life. 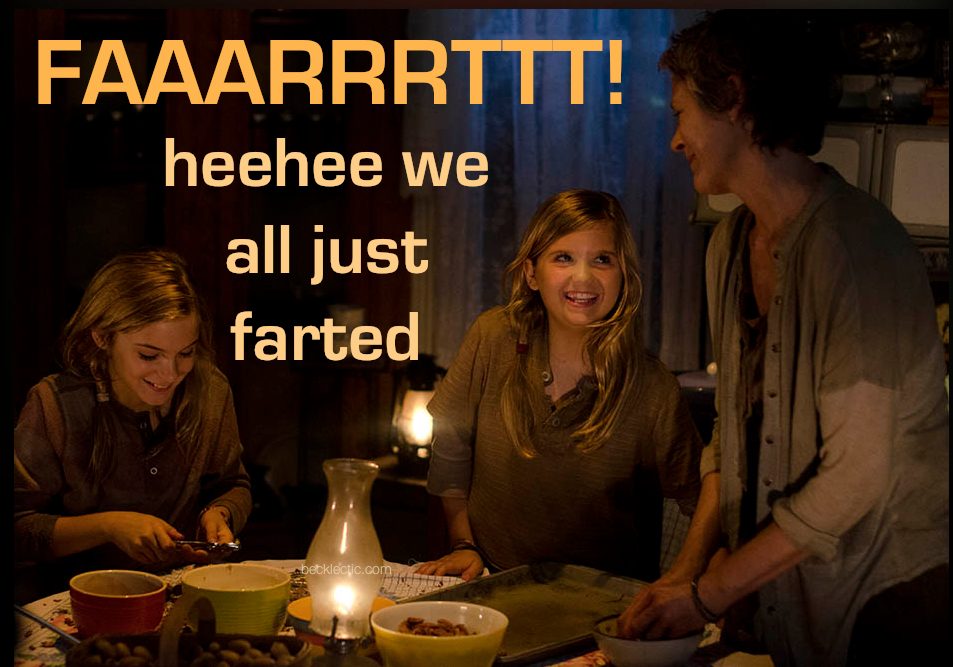 photos courtesy of amctv.com
crafted lovingly by Becklectic at 3:09 PM